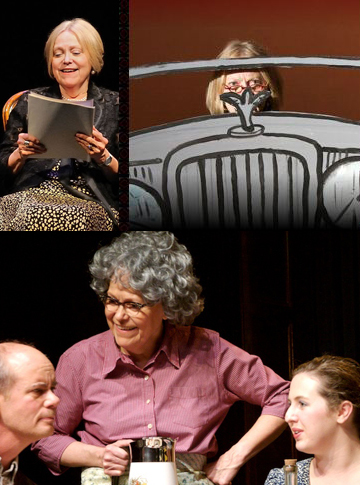 Mary has spent most of her adult life in the field of arts education and is devoted to providing school children and community members opportunities to participate in the performing arts. Her love of music began in her home growing up as the daughter of a musician and teacher, and her passion for theater began with her work in improvisational theater in high school. She began her career teaching in public schools in Montana and has continued teaching for the past several years in Seattle area schools. Mary received a BA from the University of Montana with a major in music and special focus in theater, and recently completed her Masters of Arts in Education from Antioch University. Over the course of her years as an arts educator Mary has had the pleasure of studying child drama with such experts as Cecily O’Neill and Bryan Way.  In addition to her work with Twelfth Night Productions, Mary has been a clinician for MENC (Music Educators National Conference), taught theater workshops for teachers in Montana, Minnesota and Washington and is the music instructor for the Montessori Education Institute of the Pacific Northwest.

Twelfth Night Productions started with Mary’s summer drama workshops for children. After several years the number of students grew and their desire to produce a wider variety of productions lead to the creation of Twelfth Night Productions (TNP) in 2003. It has since evolved into a multiage arts organization dedicated to making performing arts experiences available to community members of all ages and experience.