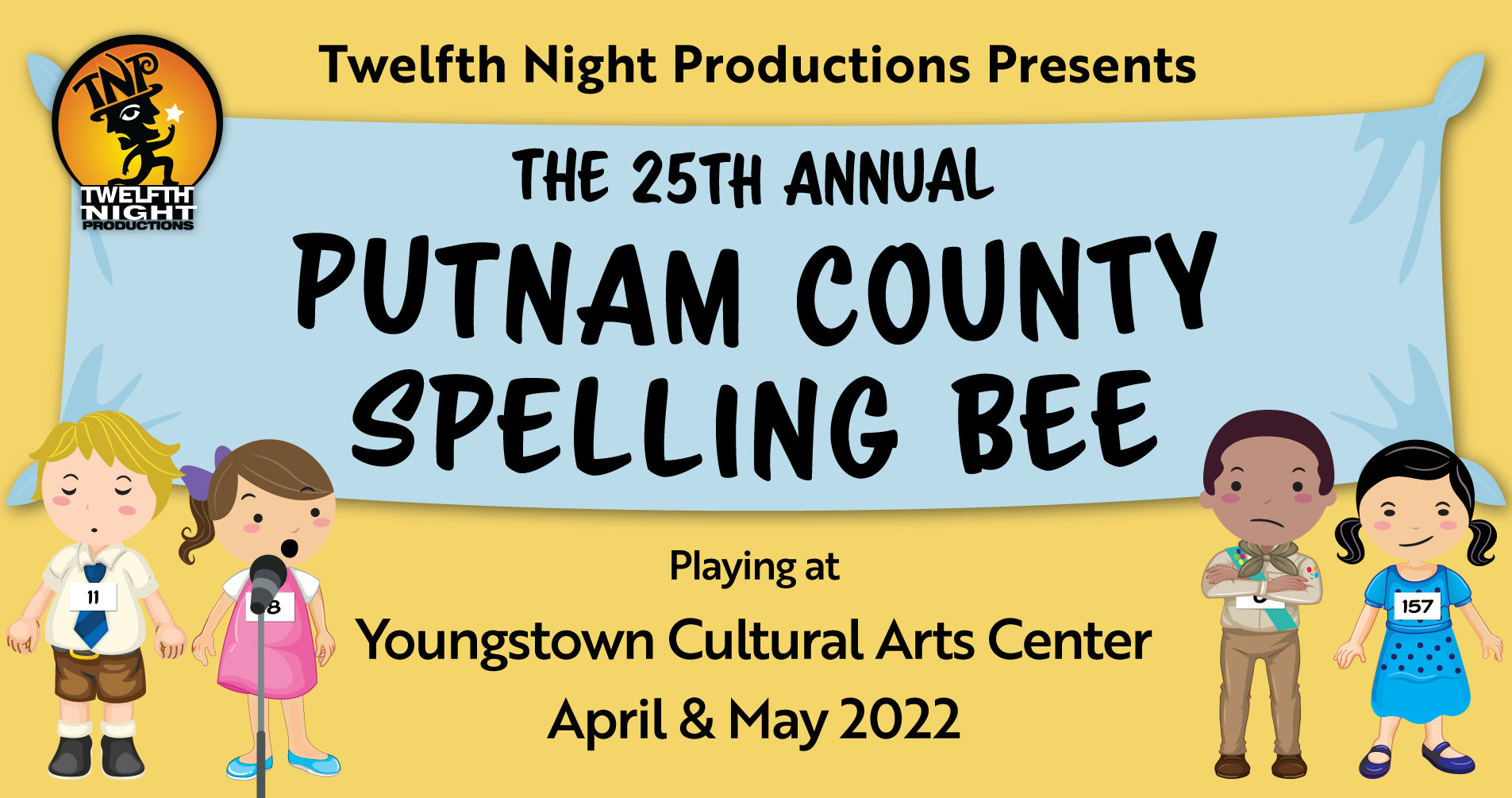 When you purchase a season pass, it is good for any four shows produced by Twelfth Night Productions. You can use all four tickets on one show or use your pass to see each show in TNP’s 2022 season! The choice is yours. Simply email the box office at least one business day before your preferred show to reserve your spaces.

A hit on Broadway, A Year with Frog and Toad was nominated for three Tony Awards, including Best Musical. Based on Arnold Lobel’s well-loved books, and featuring a hummable score by Robert and Willie Reale, this whimsical show follows two great friend —the cheerful, popular Frog and the rather grumpy Toad—through four fun-filled
seasons.

The jazzy, upbeat score of A Year with Frog and Toad bubbles with melody and wit, making it an inventive, exuberant and enchanting musical for the whole family.

Winner of the Tony and the Drama Desk Awards for Best Book, The 25th Annual Putnam County Spelling Bee has charmed audiences across the country with its effortless wit and humor. Featuring a fast-paced, wildly funny and touching book by Rachel Sheinkin and a  truly fresh and vibrant score by William Finn, this bee is one unforgettable experience.

Written by the award-winning composer/lyricist team of Stephen Flaherty and Lynn Ahrens (Once on This Island, Seussical and Lucky Stiff), noted playwright Terrence McNally, and based on E.L. Doctorow’s distinguished novel, Ragtime is the winner of the 1998 Tony Awards for Best Score, Book and Orchestrations, and both the Drama Desk and Outer Critics Circle Awards for Best Musical and Best Score. Called by the International Herald Tribune “the best musical in twenty years,” this acclaimed musical is filled with pageantry, emotion and hope, bursting onto the stage like no other musical.

The Charles Dickens holiday classic comes to life as a live 1940s radio broadcast, complete with vintage commercials for fruitcake (extra-fancy), and the magic of live sound effects and musical underscoring. Three ghosts take Ebenezer Scrooge on a thrilling journey to teach him the true meaning of Christmas. It’ll leave no one saying “Bah Humbug!”